Paolo Lorimer and Cristina Borgogni in their latest theatrical piece 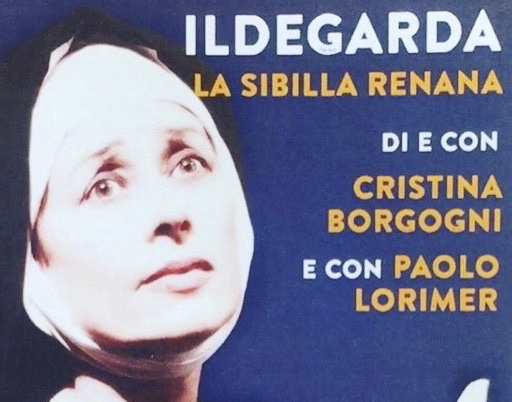 Cristina Borgogni and Paolo Lorimer, two talented actors and scriptwriters, performed their latest theatrical piece on the “stage” of the Temple of Light. In “Ildegarda, la siblla renana” (Hildegard, the Rhine sybil), it is Saint Hildegard herself who speaks and relives the story of her life ages later.

Cristina talks about herself with these words: “…I am a professional actress. I wanted to do something spiritual and Ildegarda (Hildegard) began coming into my life: many people spoke to me about her, I dreamed about her at night, I found articles about her on the Internet, I went abroad and found her medicine. She began, more and more,  to be a part of me.  I decided to write the story e began to feel her nearness, as if she herself were inspiring me.”

Paolo and Cristina are performing  this piece in theaters all through Italy, and not only. They will, in fact,  be guest performers at the Duomo in Florence and at the Vatican.

We were deeply moved and touched by their bravura and by the emotions that Paolo and Cristina conveyed.

Their talent, on this occasion, was placed at the service of the Temple of Joy. The Temple was full, and the proceeds went entirely towards the fundraising.

Thank you for the beautiful evening spent together. It was truly a source of inspiration, emotions, and sharing.